Central Victoria is home to many people who identify as lesbian, gay, bisexual, transgender, intersex and queer (LGBTIQ+). While LGBTIQ+ encompasses diverse communities and individuals, LGBTIQ people share generally poorer health and wellbeing outcomes than the heterosexual and cisgendered community. This is largely because of the stigma and discrimination that people who are LGBTIQ can experience in their everyday lives, including from the health system.

LGBTIQ communities have specific health needs and some are at increased risk of certain conditions including:

LGBTIQ or GLBTIQ is used to refer to people who are:

Cisgender (often abbreviated to simply cis) is a term for people whose gender identity matches the sex that they were assigned at birth These terms are consistent with Commonwealth and State Equal Opportunity and related legislation. It is acknowledged that terminology is continuously changing and evolving in the LGBTIQ space and different groups and organisations may use more, less or different terms.

CVPCP has been involved in a number of LGBTIQ+ projects with various partners since the marriage equality campaign in 2017. The Let’s Get Proud Strategic Plan has been created through a Victorian Government grant to strengthen the LGBTIQ+ sector to help us promote LGBTIQ+ arts and culture, celebrate diversity and acceptance, and build resilience against LGBTI discrimination. 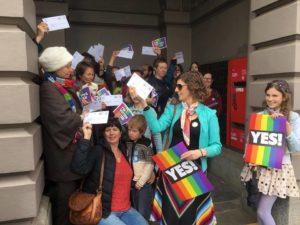 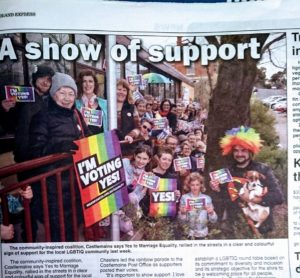