Mental illness is one of Australia’s top leading causes of disease burden and the largest contributor to the disability burden in Victoria. Gender differences are evident with more females reporting very high levels of psychological distress. It is estimated that mental illness costs the Victorian economy $5.4 billion/year.

Young people are particularly impacted by mental illness. Anxiety and depression are the leading disease burden for young people and 1 in 4 have a diagnosable mental illness. Approximately 1:10 young Australians aged 12-17 years reported having self -harmed and in 2013, suicide was the leading cause of death of children between 5-17 years of age in Australia. The Children’s Right Report (2015) highlights the trauma of children and young people exposed to family violence ‘Even when the child does not directly witness family violence, maternal stress and the overall environment of fear is known to have deleterious impacts on the child’s mental health, with 80-90% of children estimated to suffer from vicarious trauma even if they do not witness the incident directly.’

Recently procured data from the National Coronial Information System showed high rates of suicide in the Macedon Ranges and Mount Alexander, well above the Australian average. Other available evidence tells us that some communities within the CVPCP have high rates of people with depression, anxiety and mental and behavioural problems in the general population. There are also high rate of adolescents who report being bullied compared to the Victorian average. These statistics drive a focus on mental illness but less is understood about mental wellbeing.

Let’s put in an image 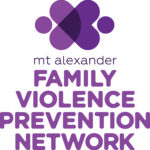